What is the link between OSA and car accidents?

OSA is one of a group of conditions known as sleep disordered breathing. In people with OSA, the upper airway partially or completely closes during sleep, causing them to wake up momentarily to re-open the airway. This leads to disturbed sleep and the release of stress hormones.

Untreated OSA often causes daytime sleepiness, fatigue and difficulty concentrating – all of which can contribute to the risk of having an accident or falling asleep at the wheel.

A 2015 study published in journal Sleep found patients with sleep apnea were 2.5 times more likely to be the driver in an MVC compared with a control group of drivers. The researchers also found that sleep duration of five hours or less, severe excessive daytime sleepiness, and use of sleeping pills were independent predictors of increased crash risk in patients with sleep apnea. 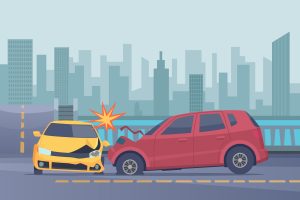 Facts and figures about OSA, fatigue and motor vehicle crashes

If I have OSA, what can I do to reduce MVC risk?

If you’ve been diagnosed with OSA, PAP therapy is the gold standard treatment. The 2015 Sleep journal study found that OSA treatment with CPAP led to considerable risk reduction.

If you have symptoms of OSA, such as daytime sleepiness, headaches, trouble concentrating, or snoring/gasping in your sleep, the first step is getting a diagnosis. You’ll probably be referred for a sleep study to review your breathing during sleep.

Check out this page to discover more about sleep disordered breathing and take a self-screening test for OSA.

Don’t put off taking this one simple step that could potentially save your life – and the lives of other people, too!

If you think you are at risk of sleep apnea, download our referral and speak to your GP.

We use cookies – including third party cookies – to collect information about how visitors use our websites. They help us give you the best possible experience, continually improve our sites and provide you offers that are tailored to your interests. By clicking the "Accept" button you agree to the use of these cookies.

This website uses cookies to improve your experience while you navigate through the website. Out of these, the cookies that are categorized as necessary are stored on your browser as they are essential for the working of basic functionalities of the website. We also use third-party cookies that help us analyze and understand how you use this website. These cookies will be stored in your browser only with your consent. You also have the option to opt-out of these cookies. But opting out of some of these cookies may affect your browsing experience.
Necessary Always Enabled

Performance cookies are used to understand and analyze the key performance indexes of the website which helps in delivering a better user experience for the visitors.

Analytical cookies are used to understand how visitors interact with the website. These cookies help provide information on metrics the number of visitors, bounce rate, traffic source, etc.

Advertisement cookies are used to provide visitors with relevant ads and marketing campaigns. These cookies track visitors across websites and collect information to provide customized ads.

Other uncategorized cookies are those that are being analyzed and have not been classified into a category as yet.